A performer, composer, and guitar teacher for more than 20 years, Will taught in Japan and has played with new muisc ensembles, poets. and country-dance bands. Will has taught for the Stafford Music Academy since 2009 and currently writes music for and performs in the progressive folk-rock duo, Davis + Devitt. 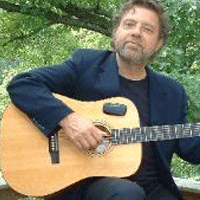 Ben Jackson is a multi-instrumentalist and educator based in Bloomington Indiana. Jackson actively studies and performs all types of music including rock, country, blues, bluegrass and classical music.  Jackson has a master’s degree in classical guitar performance from the Jacobs School of Music, and is actively pursuing a doctorate from the same university with minors in arts administration and music education. Jackson is dedicated to taking a modern approach at guitar instruction that incorporates new styles with classical techniques. In addition to the guitar, Jackson also plays and teaches the Mandolin, Beginner Banjo, and the Bass Guitar. 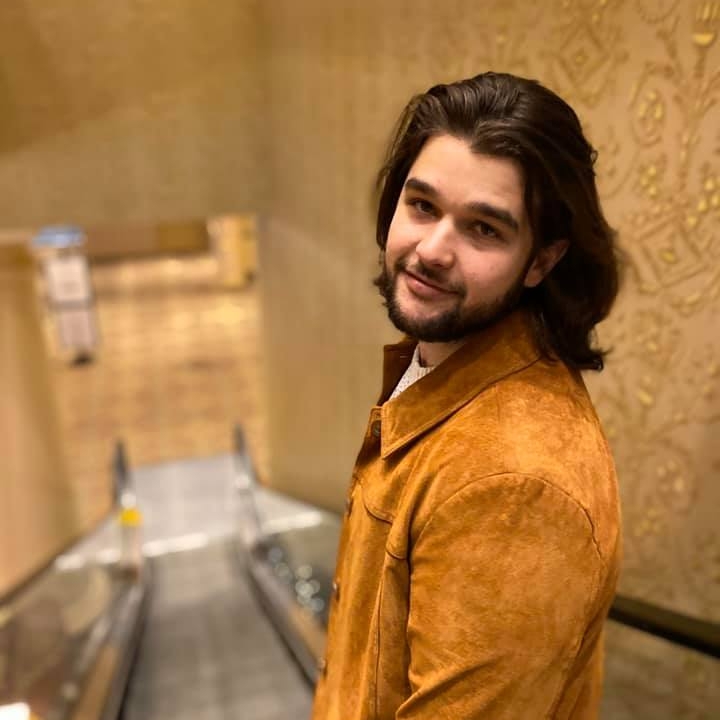 Alex Lassa is a guitarist from Virginia, currently pursuing a Doctor of Music degree in classical guitar performance at Indiana University, Jacobs School of Music. Alex began his studies at Jacobs in the fall of 2019, where he studied with Ernesto Bitetti, founder of the Jacobs guitar program. Currently he studies with esteemed faculty member Petar Jankovic, and the world renowned lutenist Nigel North. In the fall of 2020, Alex had the opportunity to study with the world renowned guitarist/composer, Sergio Assad, as part of the IU guitar department’s brand new Artist in Residency program. At Jacobs, Alex is currently an Associate Instructor for the guitar department, where he teaches beginner and intermediate level guitar classes in addition to private students. Prior to attending Jacobs, Alex earned his MM at Syracuse University, where he also worked as a guitar instructor, and studied with nationally acclaimed performer, Kenneth Meyer. He earned his BM and was awarded a Performer’s Certificate from the Eastman School of Music in 2017, where he was a student of esteemed faculty member and founder of the Eastman guitar program, Nicholas Goluses, and had additional lessons with 2006 GFA (Guitar Foundation of America) international competition winner and current faculty member at Peabody Conservatory, Thomas Viloteau. Alex has been an active performer since 2011. He has appeared as a featured artist for various guitar societies and competitions, including for Rochester Classical Guitar and Great Lakes Guitar Society. He most recently participated in the first ever Twisted Spruce Guitar Competition and Symposium (2020), in which he was paired with a composer to collaborate on a brand new work for solo guitar, and of which his performance of this new work won 2nd place. He has participated in a handful of masterclasses with internationally acclaimed artists, including Sergio Assad, Manuel Barrueco, Alvaro Pierri, Jason Vieaux, Eliot Fisk, and Matt Palmer. In addition to classical guitar, Alex specializes in a variety of electric guitar styles, ranging from rock/pop to jazz. He has performed in multiple rock bands, jazz combos, and musical theater pit bands. Prior to attending Eastman, he participated in large ensembles that performed two world premieres, including 2012’s “Shiki,” written and conducted by Shingo Fuji, alongside the Grammy awarded Los Angeles Guitar Quartet. Past awards also include a Certificate of Merit for Music by the National Society of Arts and Letters.

Braedon thoroughly enjoys teaching and approaches learning a musical instrument in a way that helps the student develop a passion and appreciation of their own, hoping that practicing and playing becomes a pleasure. He loves working with students of all ages and takes great pride in the progress of his students. The importance of theory, technique, and musical understanding is incorporated in every lesson so students truly learn how to play their instrument. Braedon, like many guitarists, had his roots in rock and roll but now holds a Bachelor of Musical Arts in Music Composition and Classical guitar and now will be perusing graduate studies for Historical Performance at Jacob’s School of Music. He has received scholarships and participated in music festivals such as Early Music America’s Berkeley Festival, The Lute Society of America’s Summer Festival, and Oberlin’s Baroque Performance Institute. He loves to have fun and his students really enjoy learning with him as they share and grow together, creating memories and skills that will last a lifetime. 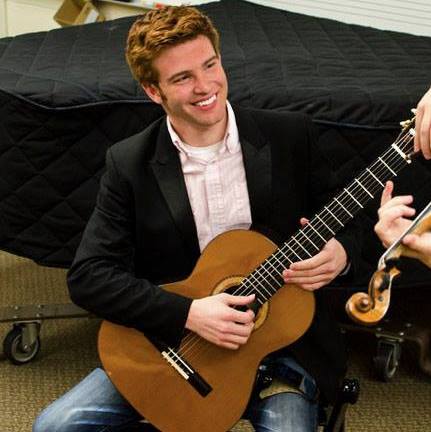 With 10 years of teaching under his belt, Jameson has seen the impact time and time again that music can have on a student, especially with a great teacher. Jameson has been lucky enough to study with incredible drum set educators like Steve Houghton, Garey Williams, and Jim White. Their influence shaped Jameson into the teacher he is today. His teachers have always been his heroes, for their insatiable curiosity, dedication to their craft, and their desire to play for the benefit of others. He strives to pass these values on to his students.

Jameson brings years of performance experience to his teaching practice. He has performed professionally with the likes of Greg Ward, John Raymond, Dave Stryker, Jim Snideiro, Todd Coolman, and Rob Dixon. He has toured the country with his own bands and released two albums as co-leader. He earned a Master’s Degree in Jazz Studies from the IU Jacobs School of Music and a Bachelor’s Degree in Jazz Studies from the University of Northern Colorado. Jameson believes in studying the history, theory, and emotion of the music, in order to become a well-rounded musician. The central tenet of his teaching philosophy is that every student is different and a good teacher has the knowledge and flexibility to cater to their learning style. 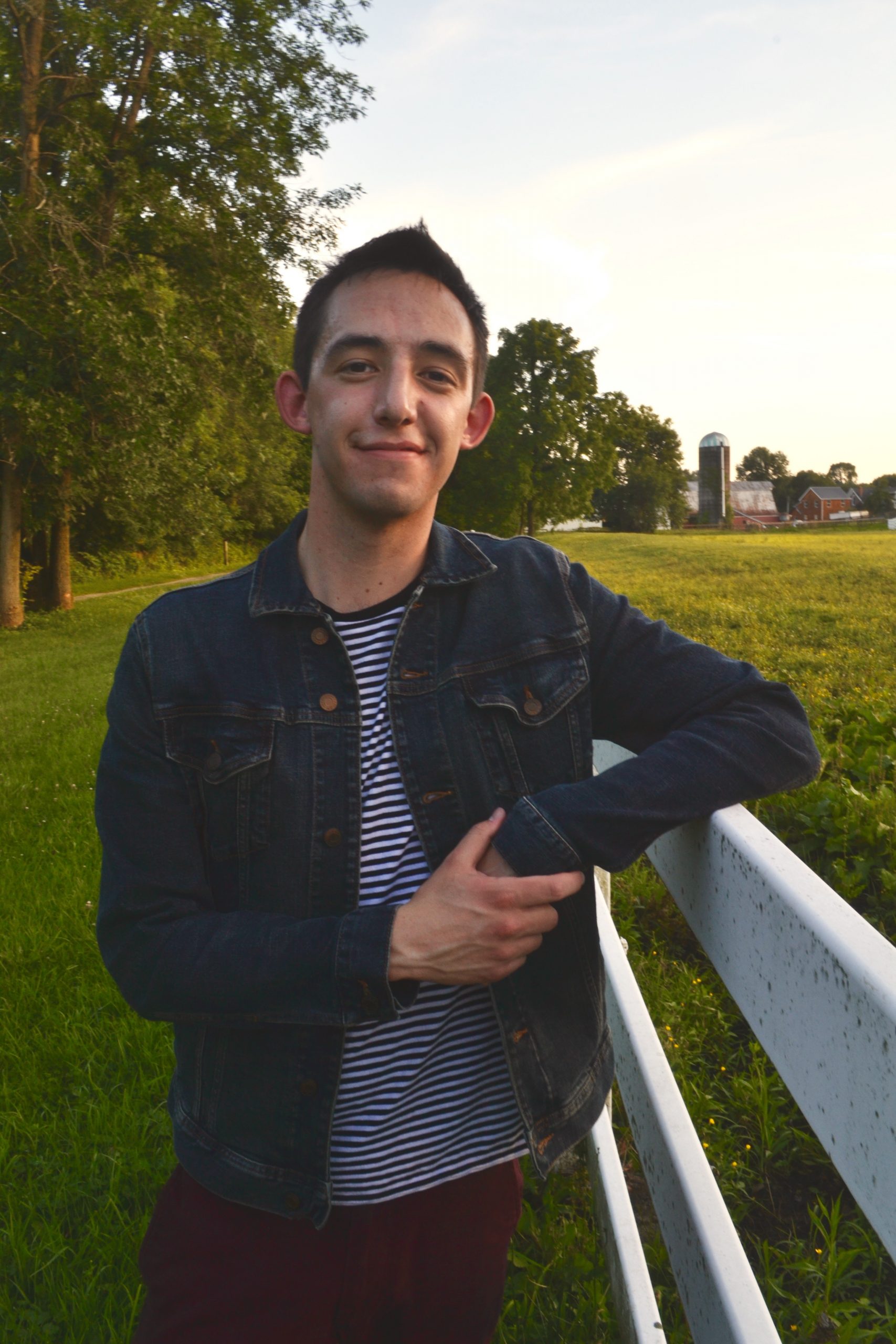 Otis Cantrell received his Bachelor of Music in Jazz Studies on Guitar in May of 2014 and is currently pursuing coursework to become a nationally certified music therapist. Originally from Anderson, Indiana, he now resides in Bloomington, Indiana with his wife and two dogs and teaches guitar, bass, drums, and ukulele in the local area and online. He can be seen performing gigs across the Midwest laying down grooves on guitar in the local soul group The Vallures, the indie-funk group Imunuri, and on banjo and ukulele in Mr. Taylor and his Dirty Dixie Band. Otis has been teaching beginner ukulele and drum lessons; intermediate bass lessons; and up to advanced guitar lessons since 2009 culminating in 6000+ hours and counting of experience. His teaching style is tailor-made for each individual student based on their likes and needs in order to maximize the benefits of lessons. His large collection of musical influences and interests have made him a versatile musician who is grounded in many styles, specifically surrounding the mediums of blues, bluegrass, funk, and anything with a groove. 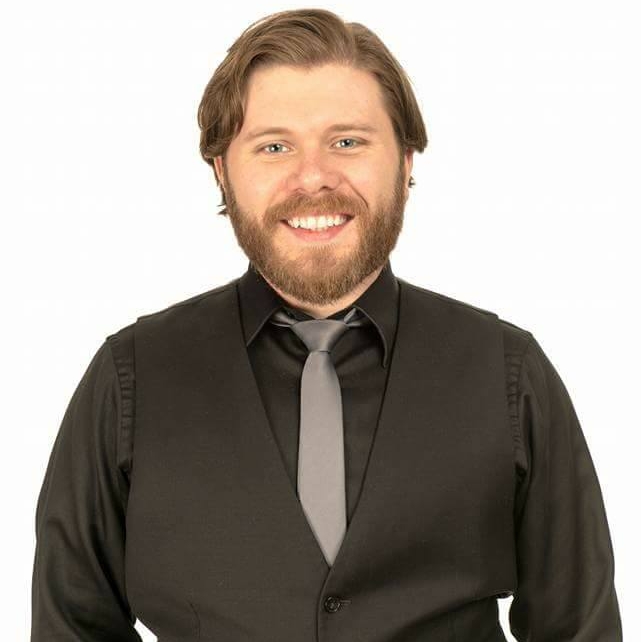